Located near the village of Orechová Potôň, 35 km south-east of the Slovakian capital Bratislava, near the Austrian border, the Slovakia Ring circuit opened in 2009 as a test track for car manufacturers. It was not long before the track began hosting international car racing events such as the FIA GT championship and the FIA WTCC.
The track is 6km long and 12km wide, with 14 bends, and is therefore both fast and technical.
The Slovakia Ring is a genuine motorsport complex, with a large central building hosting no fewer than 33 pit stalls. The complex also offers an off-road track, a training track and a hotel.

Length of the circuit
5,922 km
Duration of the race: 8 hours 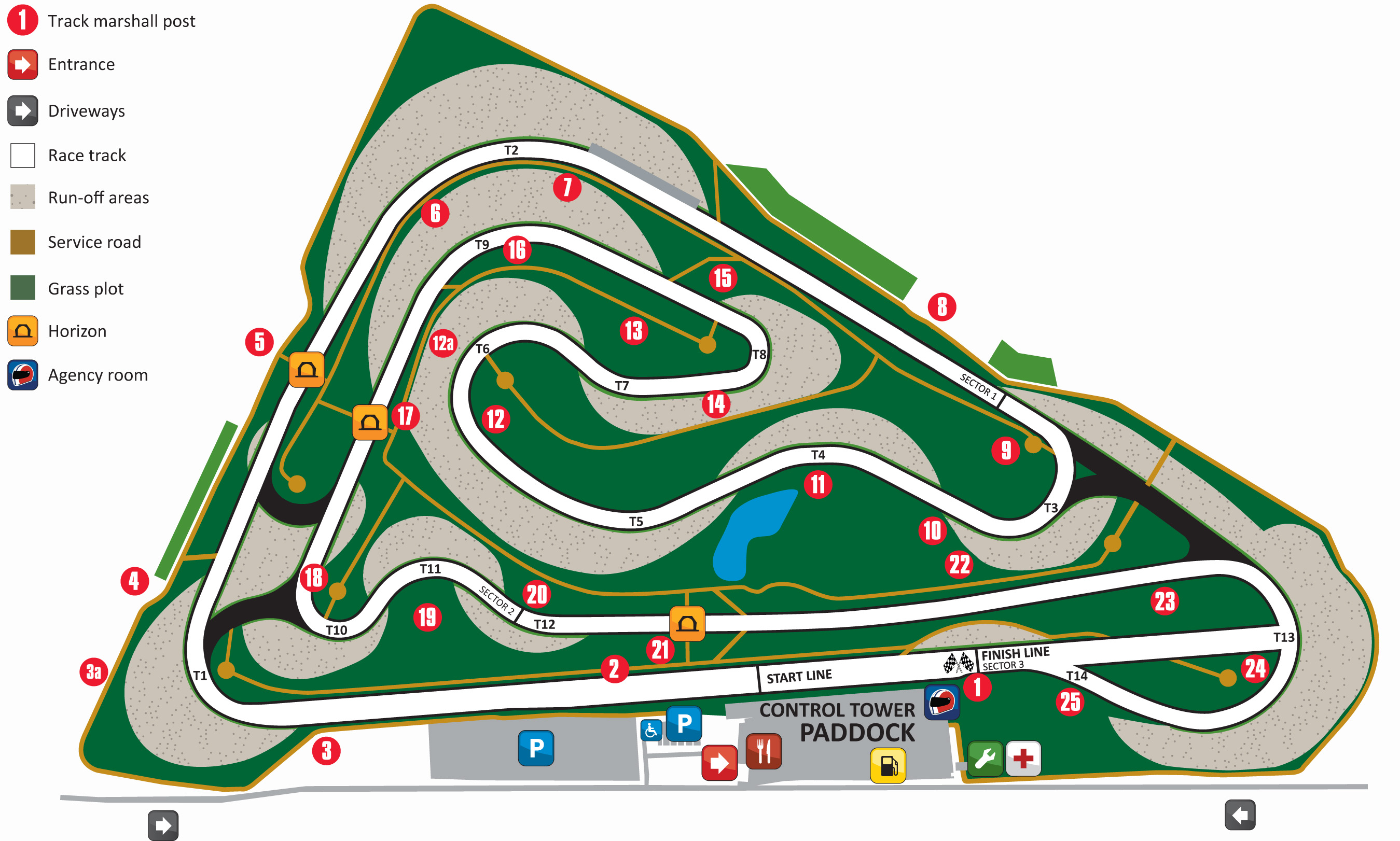