Paul Ricard Circuit
The Paul Ricard circuit hosts a variety of car, motorcycle and bicycle races each year on its 167 track configurations ranging from 826 to 5,861 metres.
Created in 1970, this legendary circuit has hosted 14 Formula 1 French Grand Prix races, 22 Bol d’Or motorcycle endurance races and 13 motorcycle Grand Prix world championships. In 1999, the Paul Ricard circuit closed for renovation work to transform it into an innovative new circuit.
The Paul Ricard HTTT (High Tech Test Track), as it is now known, once again hosted an international motorcycle racing championship in 2015 with the return of the Bol d’Or round of the FIM EWC.

The Bol d’Or, which is taking place for the 81st time in 2017, has been held at different circuits over the years. Initially a road race when it was created in 1922, it later moved to various purpose-built circuits – Montlhéry, Le Mans, Paul Ricard and Nevers Magny-Cours – before returning to Castellet and the Paul Ricard circuit in 2015. 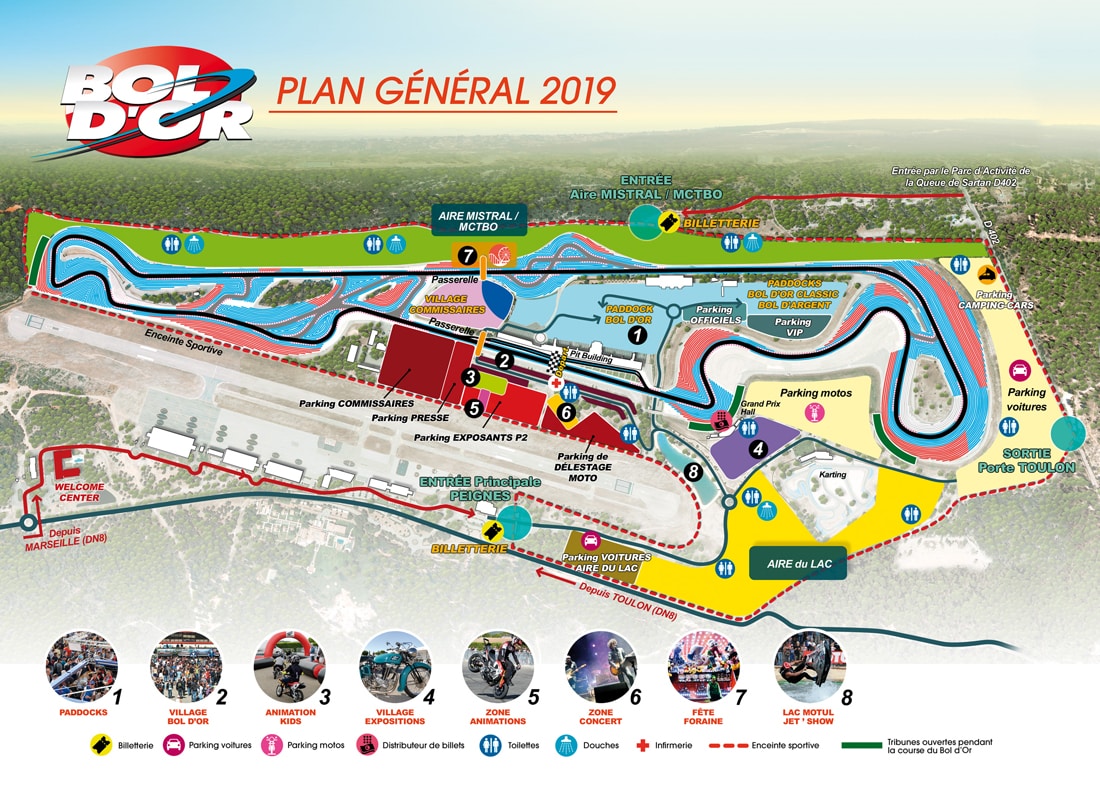